Who remembers last E3? I know I do, for one specific game which was announced. It wasn’t a sequel of an existing game franchise, no it was something new and unexpected. Presented at the end of the Ubisoft conference, on came a game which as soon as the trailer started there was one permanent prominent connection which had been created, and something many people to this day still equate with the title. While its unknown if the game will be anything like the TV show Person of Interest, until then Watch Dogs has a high fan base created by the familiarity of the elements shown in the game, as well as the graphics and world which has been created some similarly built on the premise of Person of Interest.

While Watch Dogs has no Machine, it does have a world filled with interconnectivity similar to that of Person of Interest. So simular in fact, the question has been asked why isn’t there a Person of Interest video game?

Let’s put logistics aside as to who would make the game, if Ubisoft would be so kind to licence their amazing new engine to said developer or whatever. Two things I want to talk about, one the power of licenced games in this day and age, and why they are in that sort of bargain bin world, as well as in general how the game would work.

Firstly, licenced video games. The nighties was an amazing time for licenced titles in the video game world. If you grew up in the 90s, heck even if you didn’t, look through your video game collection, no doubt you will see titles which are licenced titles in your collection. For me two standout licenced games are of course Goldeneye on the Nintendo 64, and a GBC Speedy Gonzales title (Aztec Adventure).

Okay I admit Speedy Gonzales released in 2000, and wasn’t that highly reviewed. But overall it did have a solid platforming experience while been I guess an easy title for children in some respects. But I was a child dam it! And it did present some interesting ideas, such as the speed boat levels. But whatever.

The point is they were plentiful, magical, unique experiences. Which while titles were been made which where new IPs in these genres, these licenced titles are what made the period a magical success. They complemented the industry.

It is the good titles which made licences an attractive proposal, and of course a more expensive proposal. Especially for not so good licences. This resulted in of course a decline in licenced games. Which is interesting because as an industry licenced material isn’t as common as it once was, while if you look at movies, comics have been licenced into movies for quite some time, and are still popular. It is interesting to see that while those comic movie adaptations do get a few games, there really the only major driving force for licenced material in games.

We haven’t really since seen licenced titles for a while which take a fresh look at the IPs they are licenced from. Which is a bit sad, we had Injustice recently, but that wasn’t really as big of a bang as it should have been. It had its issues, but it wasn’t a title which would sour people on licenced games, and an amazing adaptation of the Justice League world. However we also had the fizzle out of the James Bond licence for video games, with what possibly looks like Activision losing the IP, not giving it up. The titles it created at the various studios it intrusted with the IP had major issues.

I would like to see an Inception video game for example. A unique take on that in the video game world could present a very interesting story with a fresher take on what the movie provided by been able to tell it in an interactive medium. However these sort of games will never happen, primary due to costs. With the publishers which can afford these IPs more focused on making the guaranteed deals, someone will always be making Star Wars for example (EA just closing a major deal with Disney), as well as no doubt the 007 licence will be presented to someone else in a nice little bow. These are titles which will always be released one way or another, but it seems publishers are more concerned with these safe bets, I don’t blame them. But these safe bets are not necessary ones which relate well into the video game environment and medium. I suggested Inception in this article, with the collation the IP has with memory and life, it could be presented in a numerous number of genres and be a solid experience still truthful to the story. However we have things like 007 which while it could work in a visual novel title genre for example, it never will, because it doesn’t translate well into that medium for the maximum exposer. There are so many other IPs out there which are imagining in recent years which have the power to become major sellers for video games, even if their original adaptation is long gone, or long forgotten.

Now you ask, if that is the case that Watch Dogs reminds you ever so much of Person of Interest, isn’t it the same world really crafted into a video game which mimics its style enough to be a game version of Person of Interest. Or something to that effect you ask as you scan down my article trying to figure out what my point is.

Well I say, in response to that of course. Watch Dogs isn’t the world crafted in Person of Interest. That would be plagiarism, and really the worlds are pretty far apart. Despite the connection been there. In Watch Dogs you’re a badass hacker who hacks electronic items. It is the interconnectedness which links back to Person of Interest which the AI behind the whole world is like, the only time a Person of Interest game would play like Watch Dogs is during the 24 hour period of complete admin control the characters had in the latest season. (Not a spoiler, I didn’t say who or what happened with that control, and it was mentioned quite a lot through the season it’s what would happen, so sssh).

Though the point of using an already create IP, is one because it’s already know by the public. Secondarily as well because in some cases, especially this one, the world and ideas created can’t be matched by mimicking the style presented in the series. By using what is presented you create a good solid interpretation of the presented material, and in this case Person of Interest as a video game is what the industry needs. By using licenced material, it creates a solid fresh output sometimes, especially in times of Call of Duty and Mario. There needs to be a hero, and that is John the bullet to the knee shooting sociopath and his trusty tech nerd.

The brilliance of a Person of Interest game would be that the world, this interconnected world which is present in Watch Dogs would be present in Person of Interest, but under everything. It will be an amazing leap forward in what technology allows, as well as what a gamers general expectation of video game is. It will entangle the game the player plays with the back end logic so well it would be an explosion of actions and AI which happen.

And it’s not like they don’t want to licence out Person of Interest, after all there is an anime in the works apparently. So maybe a game would happen, it could already be in development, you know how things like that work.

However I think a later announcement and development would be good for the game if it happened. The world is so entangled with many little bits of information, a complete outlook of how that works in the grand scheme of things would allow them to pick and choose events and stories to craft a unique world using what has been set out while been cannon.

I think the overplayed idea of everything having to be open world, would do amazingly well for a Person of Interest game. With a sandbox mode which is in vain of how in Watch Dogs you can wonder off and help people been an interesting approach as well. Remember the numbers keep coming, so while the main story might focus on Elias, you might be seeing side “missions” popping up relating to other people who have appeared in episodes, such as one of my favourites from the newest season, Dr. Nelson, who gets poisoned (and they are too late because of the machines virus) and it’s an amazing episode from a character development point of view. But anyway.

Scratch the whole sandbox idea, it’s played out. Something magical could be made by restricting the world and making it more story based. Maybe episodic titles which cover a few episodes of the television show each release. Something which can retell the stories in an interactive manner, and of course retain the deep and meaningful ideas. Though sandbox could work, and would probably be better for an IP which would be deemed a risk, something magical could be made by looking into other genres and presentation styles for the title. Especially if for example if you go back and one of the major episodes (if we are doing episodic content, which in this scenario is the thing), the machine with the virus has already been established so episodic wise starting with Dr. Nelsons episode (In Extremis) and doing the final two episodes in the season (which essentially I’m saying do the final three episodes in the season if episodic as a major episodic title thing). Which makes common sense really, but the episode In Extremis makes the characters week really, and not been there to save the P.O.I sets up the rest really nicely. It would be an amazing episode in an episodic based title.

So essentially in summary, episodic content in some kind of mini world which still retains the in depth sandbox style of Watch Dogs would result in amazing bite size titles which can cover the key points of the season and wrap up the story in a good way for video gamers. 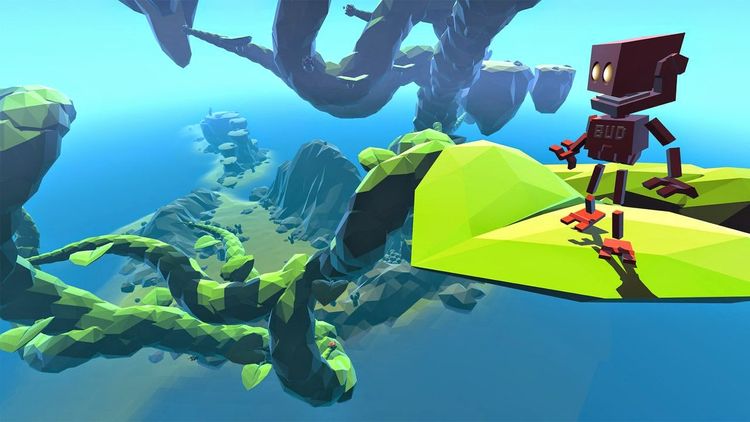