‘The Fold is the Future’, you mutter under your breath after the reveal. Months of rumours and leaks up until this point couldn’t prepare you for this. Shifting through any post reveal media, you come to realise that you must have this device. It is the future. However, something happens before the marclious launch. Before you could place your hard earned money on this device that will change the way mobile devices are utilised, disaster strikes the review units. A week out to the American launch, devices fail within days, even hours of been in reviewers hands. ‘What is wrong with this device’, is the only thought you have, the only thought of millions of people as news of the devices premature failure reaches main stream media. The last time Samsung experience such a public slaughtering of PR was when the Note batteries started blowing up. Once the public knew this, it was game over for the device.

However, as the device was delayed days from its arrival to shelves, I looked over the device and knew, I still wanted this device. Nothing was on the market that wasn’t refinement of the smallest scales, the mobile industry had become stagnate and foldable devices where defiantly the future. It just seemed that possibly the future for this device could just be a dream, as the device slowly disappeared from launch schedules.

In the end, the device launched. Scraping close to the last few months of the year in Australia with its November launch. However not long before that did it see launches in Samsung’s premier markets for the device. Samsung pushing out the device with a fitted sheet effect to the plastic top layer mistaken for a removal screen protector. Along with additional hinge refinements such as a continued layer of plastic bridge in the join of the device. They were quick and dirty adjustments that most likely came from the cutting room floor of future refinements in the next generation device. The one that is rumoured to cost half the price of the previous generation, and the one that Samsung is more focused on then the Fold rushed to market.

In the end, the months of delays made me prepared to be able to purchase the device. With its November launch close by to the launch of the Note and the approaching new year which would bring the next generation of Samsung’s flagships, it had become too late in the game after months of saying that I would get one, to not get one.

That purchase, is a story in itself. With the Australian launch even more limiting then America or other regions with how you could purchase the device. The decision that Samsung wanted people to be able to experience the device from flagships stores that would be able to demo the Samsung experience, burnt any potential online purchase opportunities. The stores were also limited to a list you could count on your hand, until on launch day it was opened up to other locations. Retail stores such as JB HiFi or Harvey Norman, even mobile providers now carried the device. However, these to where strictly limited locations.

Living in the country I did what I could only do, which was a rush purchase before heading to work to a JB HiFi store doing click and collect to a city one of my friends I could trust with such a task lived in. You see I had to get it express posted to me, because I couldn’t just get the device to me directly.

I believe this has opened up to shipping easier to other locations not in the flagship experience areas, however by that point I didn’t look too much into it as I had got the device shipped to me, and it was in my hands.

The phone comes flat in its box, but the first closure and unfolding is a revolutionary experience. The unboxing is a premium experience as well, similar to other regions unboxing experiences. Australia even got the screen repair promotion which was weirdly reported by media before launch as not happening in Australia.

Excited for the new phone, I couldn’t let the unboxing experience last, and instead focused on setting up my device.
Media and YouTubers have already covered the countless improvements Samsung has done to get this device functional. I am going to approach this section of my review a little more, consumer focused. As my main experience with the device has been less “let’s see what’s under the hood” and more “oh that’s cool, oh but that’s annoying, and I haven’t discovered that yet”.
First and foremost, Android still has a long way to go for a lot of home screen/general navigation. It is arguably better than iOS at times, and neither function as well as Windows Phone did. Samsung has done a lot with One UI which makes the experience consistent and more logical. However, the core home screen and application sorting is still disgustingly focused on giving the modern equivalent of some Geocities website as a mobile portal. For that reason, I went straight back to the launcher I was using after only a week of trying to see if the seamless integration Samsung worked so hard on was worth it. That ability to have the front screens home icons and widgets unique, really the only thing lost when using a launcher, making it silly to not do it sooner.

Like always my go to launcher is the Evie launcher. I occasionally try a few other launchers, but often find they are either designed with that Geocities like customisation vibe, or in general do a few things I like then way to many things I don’t like. I’m still also torn on the Microsoft Launcher because outside of the name Microsoft and the slowly added integration into other Microsoft apps, it could seriously just be any other generic Android launcher. However, I digress, this isn’t a rant on launchers this is a Galaxy Fold review. However, my end point is basically I ended up returning to the configuration I had on my previous phone, which was Evie, clock widget, 5 quick access apps in the dock, then a white icon pack. Oh, and the most important thing having the app list on list view not square list view.

Outside of the refinements which are present in any Samsung Galaxy device from this year, the Fold is at its core software wise, just another Android device.

With the rocky road to get the Fold in consumer hands, many people would have held off and bought the flagships from the company instead. The price, $2999 in Australia probably the reason why my friend said when he picked up my device that the guy said it was one of the first picked up QLD wide.

Possibly, however I would argue that everyone should own a Samsung Galaxy Fold now. Or at least be looking at the devices launching in 2020 from a wide range of manufacturers. From flip phone designs which let’s face it should be in the trash, to the continued expansion of tablet like devices with both foldable screens and dual screen methods. 2020 will bring the technology.

What it comes down to with the Fold or any foldable really is the form factor a game changer. Software wise we reached a pinnacle almost a decade ago with Windows Phone in terms of productivity. We are only just reaching that again with Android. As for iOS? It still is quite strong as a consumption UI, especially for tablets. However, productivity is going to be the key.

The question is, what can I do on my Fold that I couldn’t do on my old Samsung S8+? The key dynamic shifting happens with the tablet screen ratio when unfolded. The reason why Microsoft makes their Surface devices in “weird” aspect ratios, or why people flip their monitors from horizontal to portrait. Suddenly the device is more useful because of how the information is displayed, not because it does anything drastically different to what comes before it. While the dream is a West World style tablet, the path to there isn’t hindered. The plastic screen on the Galaxy Fold hasn’t broken in the almost two months of ownership, it hasn’t suddenly become a useless device for any other internet reactionary comment on the hardware.

In the past awhile on top of using the device for work, I’ve tried to do more on the device which would normally done on the PC. For example, this article write now I am writing with the Fold. Yes I’ve done more with it, but that simple fact alone should identify the future or productivity stems with what Samsung and other companies will do with foldable devices going forward. 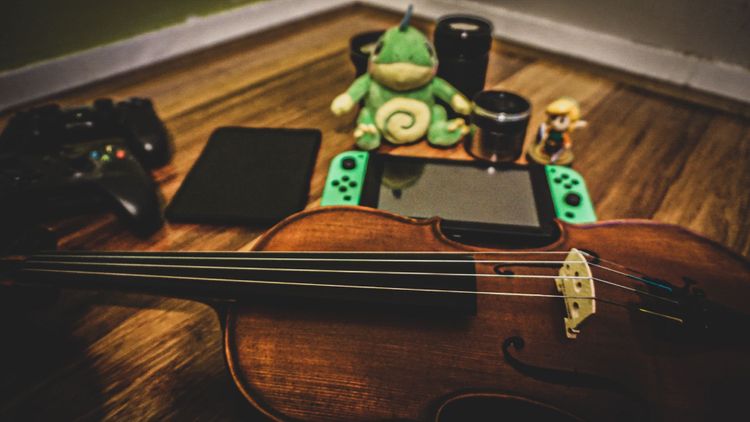 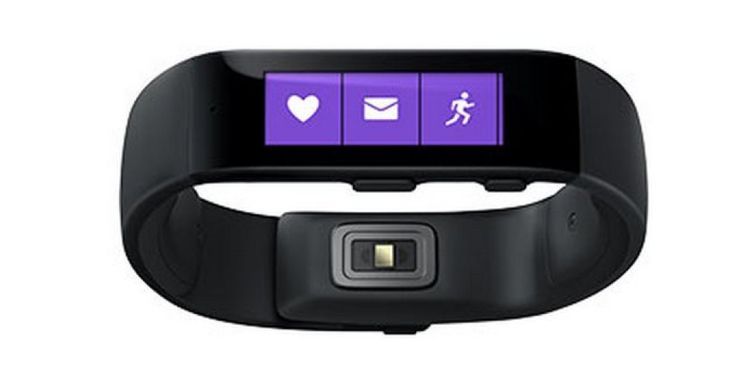 With Microsoft officially discontinuing their Health products and the Microsoft Band….hold on a minute this seems like the opening
May 12, 2019
3 min read
Dec
27 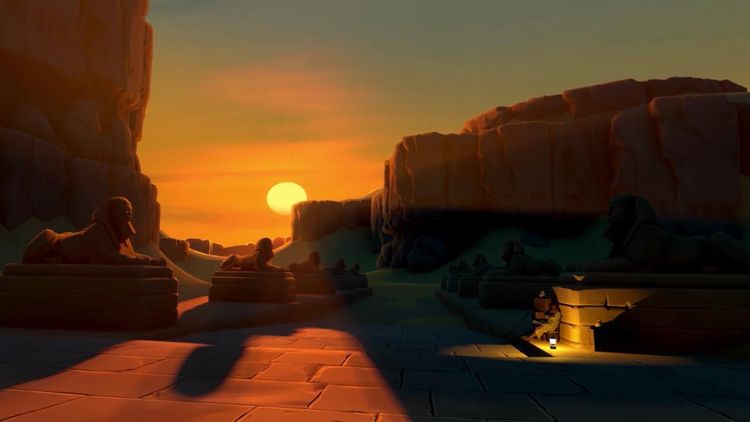 External Article: Games that were looking forward to in 2019 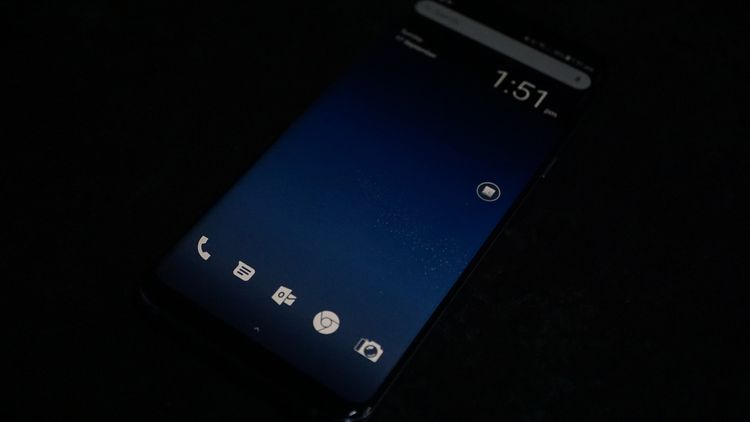 In my small tightknit group everyone had a Windows Phone, it was perfect and probably the most Windows Phones per
Sep 23, 2017
5 min read