There are two series which as the years go on I keep thinking they would collide. The Lost in Blue line of games from Konami, and the Harvest Moon series from Marvelous AQL. I’ve talked a bit in the past and recently of series which I think need fixing. In my mind these series don’t need fixing, they are more incomplete. While the resent console Harvest Moon are riddled with increasingly longer loading screens which made me stop playing one of the resent titles I picked up in the series, the games are quite well built, and the most recently announced Harvest Moon which just released in Japan; Harvest Moon: The Land of Origin, is at the top of my list when it comes to waiting for a 3DS game worth a dam.

However I believe these series will one day collide, a big bang of sorts to make a new series. I don’t think the series could learn from each other, while Lost in Blue could have elements from Harvest Moon Incorporated into it, I believe that doing so to either series would drain from the core experience of the titles which still have a considerable market and strong concept. With this in mind, the only logical outcome is a new series in its own, or a spin off by both companies. Regardless of who makes it, I believe one day a title like this would release, and be one of the leading simulation games on the market.

The series would separate itself from Harvest Moon at the start and be quite frankly more Lost in Blue than it can handle. With the basic washed up on shore principle, followed by salvaging to survive etc. However once the player is at a certain point the player should be able to grow fruit, food etc. This is where the game becomes like Animal Crossing in customization and Harvest Moon once the general populace is called into the island. The sudden realisation that it is good to grow things increases the population and allows the player to have one awesome farm. Sustainable gameplay, sustainable population. A simulation game which grows from this premise and into a fully operational survival game.

The question then becomes, what would such a game do to the other series similar to it, especially ones which its copying ideas from. Which in this case seems to be it becomes a completely different game, the introduction of Animal Crossing ideas, and possibly other ideas if it was a fleshed out idea would cause it to evolve from the primary games which it borrows inspiration from. Like other games which have recently came out which have had inspiration from other franchises, it wouldn’t stop gamers from buying the other product because it would have given itself a new world to play with. It would be a concept which changes the way the other franchises think as well as giving birth to a new parallel genre.

The question also becomes, if such a idea could work along side previous franchises, would it also work for consumers? I believe this is where it gets tricky and starts to disappear from a worth while idea into a vibrant explosion into the void of nothing. While the two franchises can move into been one concept, its obvious that it lies on other games such as Animal Crossing and concepts from that league of social and simulation worlds instead of the key original franchises. The issue also occurs when Harvest Moon is a simulation game based around farm life instead of a survival game. While they can be combined, they clip together unsuccessfully around the edges, and feel more forced together then they should be.

The end result should be from growing the other franchises with ideas, instead of trying to mash them together. While this can bring new and interesting games, in this case its colliding natural evolution of the titles with forced ideas from other franchises to create its own instead of standing on its own to feet. While its an interesting concept, it bases itself around the logic that Harvest Moon players and Lost in Blue players are one in the same, and would buy into a game which combines those ideas. The only thing good which could come out of combining the franchises is starting fresh with new concepts and ideas to build a solid title, instead of the commercial and uninteresting concepts which have started to fester onto the franchises. Specifically Harvest Moon which is getting more and more titles closer and closer together. These titles are starting to become less, instead of more.

So if instead of moving them together, we rip them apart and focus on the two series concepts instead of combining them, it then becomes a world still filled with possibility. Harvest Moon could become more social, as well as allowing much more farming options compared to the traditional options expected in the title. Which the series has started doing in recent years, it could also expand these ideas further. On the same token games like Lost in Blue could become more series when it comes to survival methods, such as finding abandoned towns and villages which the player can find food in, as well as simple things such as introducing the ability to grow food around the players camp. While these ideas would work well in a new series, when they would work perfectly fine with their current series, why not expand the world of the games they originate from instead of trying to make an outlandish concept right this momment. 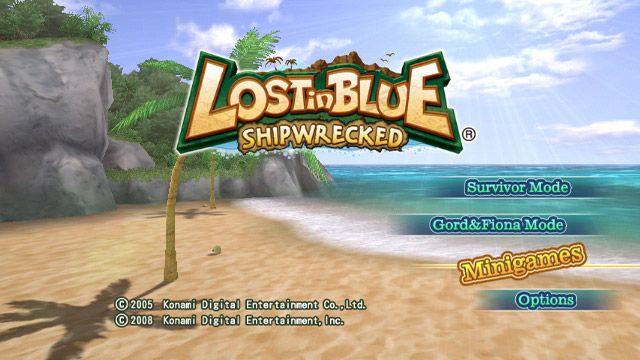 Introduction Released in 2008, Konami’s latest entry into the series was forgotten and skipped by many who played the
Dec 29, 2010
4 min read